On this week’s podcast, Glenn and Daniel see the oddly polite and guileless horror followup from writer/director Ari Aster, Midsommar. And then they return to A Separation director Asghar Farhadi, for a Spanish-language kidnapping thriller starring Penélope Cruz and Javier Bardem that was dumped unceremoniously onto Netflix earlier this year (01:18:01).

Listen above, or download: Midsommar, Everybody Knows (right-click, save as, or click/tap to play on a non-flash browser) 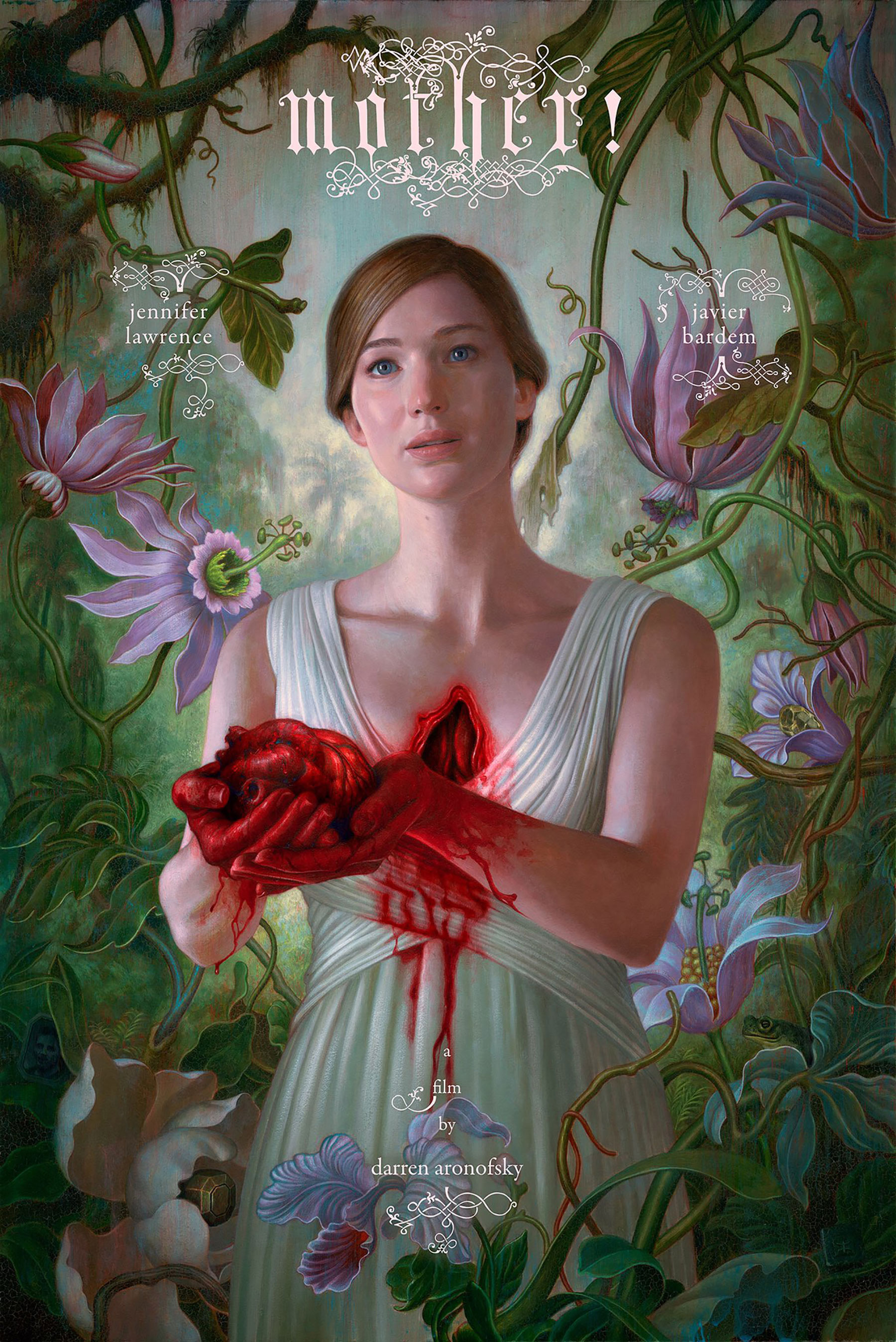 After watching Darren Aronofsky‘s complete filmography, if there was any remaining doubt in my mind that he takes a perverse satisfaction in mentally torturing his characters, it’s gone now. Characters aren’t real. They can’t feel anything except what an author feels on their behalf, so to watch their ordeal rendered through the visual, auditory, and acting talents of others is ideally an insider’s look at what the author was experiencing when they wrote it. And if all of these disparate players do that original vision justice, perhaps the audience will understand what it’s like to be that grand auteur – and in so doing, better understand themselves. All of that presumes that art is both forthcoming and self-aware, and this is not always the case. Sometimes, art says as much and more about the time and society in which it is created than about the author’s own proclivities (this is how we come to enjoy light propaganda like American Sniper). Or perhaps the author doesn’t know themselves as well as they think – and their creation is a lens through which to glimpse the truth of that creator, whether or not he understands it himself. I’ll never really know, but I’ve seen enough of Aronofsky’s work to believe I have the measure of the man. Darren Aronofsky is the destroyer of worlds. But with mother!, he is venturing firmly into Lars von Trier territory, destroying a world that I’m not certain was worth creating in the first place.

His latest victim is Grace, a woman played by his real-life romantic partner, Jennifer Lawrence, who is married to a much older, critically acclaimed poet, Eli (Javier Bardem). The couple lives in Eli’s childhood home, which was previously gutted by fire, and which Grace has been expertly renovating ever since the couple got together, while Eli struggles to overcome his writer’s block and write more poetry. His previous work is acclaimed enough to have granted them a comfortable life, but he has long been unable to produce anything new – whether at the writing desk or in the bedroom. Their house is in the middle of an oddly pixelated field and woods, seemingly without a road nearby, and we never see Grace venture past the front porch. The couple’s lackadaisical home life is upended by the arrival of a mysterious unnamed couple, played by Ed Harris and Michelle Pfeiffer. Harris initially arrives with a story that he had mistaken the house for a B&B, and Eli generously offers to let him stay the night. Even as this initial pretext falls away, this will be the first of many times that Eli displays inordinate generosity toward strangers at his wife’s expense (and without even discussing the matter), and it’s honestly one of the most difficult aspects of this film to explain to people who haven’t seen it. Couples routinely disagree, and sometimes make commitments that the other must live up to even if they’d prefer not to. It can be a source of tension, and hopefully the couple works it out. That’s the mundane stuff of family dramedy. This wasn’t that. This was a shared, grandiose delusion of every character in this film besides Grace that everything about this situation is just fine, even as it quickly and destructively escalates. More people arrive, more damage is done, more items are shared, and Grace is persistently the only one reacting like a human being, pushing back, asking questions, and acting genuinely baffled that people are treating her so poorly. She’s not Marge Simpson, dealing with a comedic buffoon. She’s Skyler White, dealing with a sociopath. Her reaction is correct, and everyone else’s is wrong.

After watching how thoroughly Lawrence’s character was abused in Passengers, a film which seemed completely unaware of the reality it was creating and which strove to be a conventional romance, I was nervous going into this one. But Aronofsky’s hand is most deft here when it comes to his treatment of Grace as a character, and Lawrence’s performance is about the only thing that makes the film bearable. Almost without exception, every frame centers on Grace, and the camera floats within just a few feet of Lawrence. This is a mix of over-the-shoulder and in-her-face, creating a cinematic POV that invites the audience to become complicit in its invasiveness. As the viewer, you’re standing too close, facing the wrong way in a stuffy elevator, and the movie is happy to let you linger there. And Lawrence nails this character, even as I struggled with how much to sympathize with Grace as the film goes on. She seizes whatever petty control that she can as her husband laughs and smiles and hikes and drinks and chats with the new arrivals. She grits her teeth and tries her best to ignore Pfeiffer’s character getting day-drunk, interrupting her work, and asking invasive, leading questions about her sex life and plans to have children. She stares back at each fresh outrage, tilts her head, and politely pushes back – even as Lawrence’s beleaguered eyes and increasingly steely voice demand to know why any of this is happening. And the script hands Grace a few fleeting moments of agency in the first act. Harris’ character continuously tries to smoke in the house despite Grace’s admonitions, and she seizes an opportunity as Harris vomits in the bathroom from too much whiskey, shoving his Zippo lighter off the back of a dresser where it won’t be found. After she resolves to throw the couple out once and for all (and Eli is uncharacteristically occupied for a moment), she hurtles their wet laundry – abandoned in the washer for her to finish – onto the floor. These moments sound petty as I summarize them, and this is one of the other things that is hard to explain about this film. Every scene seeks to make Grace bleed from a thousand cuts while whistling a happy tune and saying everything is alright. These minuscule victories are some of the only cathartic moments that the film has to offer, offering meager hints of the inevitable scream that must issue from her mouth before the film is over, if we’re ever to feel anything besides pity for this wretched creature: None of this is okay, and all of these assholes need to leave, now.

Pfeiffer is positively wicked in these scenes, nailing the perfect balance of passive aggression and personal invasion. She’s here to stay at your house for precisely as long as she’d like, and she’d really appreciate it if you’d stop being such an entitled bitch about it, thank you very much. I’m borrowing a bit of the film’s language here, but honestly, it was hard not to think of Lawrence’s own experiences with the public’s invasiveness as I watched what happened to her character (particularly in the third act). And this is where mother! left me torn as to whether it was all worth it, and what it was all for. The film fully embraces its dreamlike storytelling – time lurches forward imprecisely, scenes mash into each other, and the world becomes a living nightmare as Eli gleefully deals with the consequences of his renewed fame and public appreciation. Kristen Wiig briefly appears as Eli’s publisher, in possibly the most disturbing work she has ever done. And as the whole repulsive spectacle unfolded, I lost the thread of precisely what this film was trying to say about the cost of creativity.

It seemed to be dancing on the cusp of three ideas:

These ideas are all over the place, and for much of the film’s third-act Saturnalia, I found myself wondering whether this was an exercise in self-awareness or egotism on Aronofsky’s part. I haven’t said much about Bardem’s performance here, and that’s for two reasons. First is that Bardem succeeded in making Eli both delightful and repulsive to me – a figure who can conjure up the finest words to promote, justify, and reinforce the most despicable acts that the world has to offer. Second is that I don’t really know how much of an avatar Eli is meant to be for Aronofsky himself. Much of the film’s conflict is over whether or not this couple really cares about each other, as Eli’s persistent neglect of Grace in favor of a gang of strangers is repeatedly justified on the grounds that the experience might help him create more art. Talking with these people, Eli argues, is better than talking to her, because at least they’ve got something novel to say. This is Grace’s lot in this film – not merely the put-upon wife who grapples with her husband’s ingratitude and straying affections, but also a flagging muse, cast against her will as a man’s source of creative light, useless and thrown away as soon as that light has faded. And it doesn’t fade with a wimper. I found myself simultaneously reveling in the film’s excesses and wanting to warn others not to expose themselves to it for the sake of their sanity. This isn’t the best rumination on creativity I’ve seen – not even the best this year. And even while Aronofsky is at the top of his technical craft, I still can’t answer definitively whether his latest exercise in creating, enslaving, and agonizing an innocent woman was really worth it. 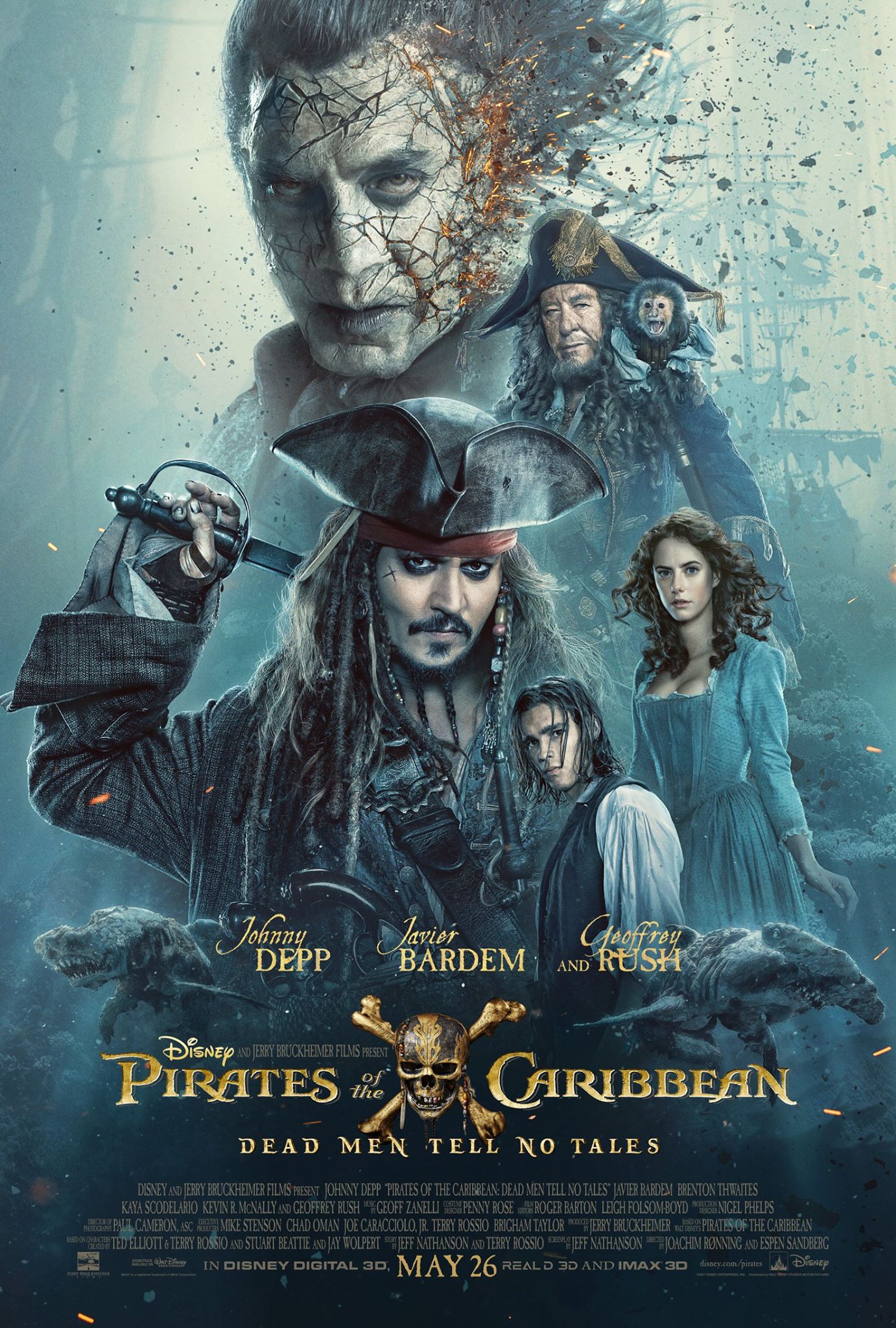 In this week’s podcast, Glenn and Daniel take a break from SIFF to return to the swashbuckling world of diminishing returns that is Pirates of the Caribbean, pondering the series’ future, and considering whether if Jack Sparrow (Johnny Depp) will ever slip his earthly bonds and meet the Fast and Furious crew in space (37:44).

Listen above, or download: Pirates of the Caribbean: Dead Men Tell No Tales (right-click, save as, or click/tap to play on a non-flash browser)