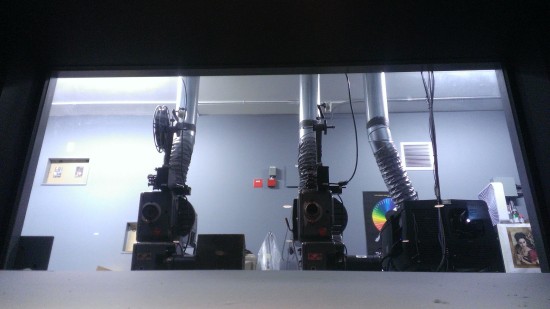 And remarkably, you can download it in up to 4K HD quality for free.

*In retrospect, this may have just been a branding shout-out to the Mango Open Movie Project. But I choose to stick with my original read.

In the distant future, Earth is a polluted, overpopulated wasteland, no longer capable of supporting human life. A privileged few have managed to escape into the only place left for them – outer space. But something is amiss. Humanity is stagnant – out of balance. All of its resources benefit a privileged few. But soon, a lone hero will venture forth from his ruined home planet to save humanity from itself. And that hero…is a cute little robot named Wall-E.

I made the profound mistake of rewatching District 9 the day before seeing Elysium. The former, Neill Blomkamp‘s 2009 feature film debut, posits an alternate present-day in which aliens landed 20 years ago, and now exist in a beleaguered slum in South Africa. District 9 revels in cynicism, and does so quite effectively. As a viewer, I patted myself on the back in smug self-assurance that – yes, that’s exactly how terribly that situation would play out. In fact, it would probably be a lot worse. Elysium posits a similarly broken and unjust world, but does so in a manner that feels completely derivative (see Wall-E) and isn’t particularly effective at world-building or satire. The viewer must either accept Elysium as a straightforward piece of populist propaganda – without an ounce of self-awareness – or simply enjoy it as a film in which Mecha-Matt Damon blows a few things up. I tried to enjoy the film on one of these levels, but found each of them to be lacking.

Many of the film’s action beats felt like pale shadows of things I had already seen in District 9. This included a few identical weapons, but let’s face it, rail guns are cool enough to include twice. Unfortunately, in several cases, the action direction and cinematography have gotten noticeably worse. The moment Damon put on his cyborg exosuit, all of his fights turned into fast-cutting, incomprehensible blurs. Whatever blend of physical and virtual effects was in play here, it clearly didn’t work well enough that they felt comfortable showing it for more than a half-second at a time.

Much of the world building of the earthbound slum (or slumbound earth) worked fine, and some of it even approached decent satire. The overwhelming reliance on automated law enforcement (including a hilarious parole droid) definitely hits a few familiar notes for American audiences. The problem is that the satire is basically non-existent on Elysium – the titular space platform. There is no allegory in place here. Elysium is America, or at least the most wealthy Americans. And this isn’t the future – this might as well be now. This attitude is readily apparent from the film itself (and the director has confirmed as much himself), and it might have even succeeded as a passable allegory if not for the one crucial detail- the most alluring amenity of Elysium is a medical bed in every home that effectively and instantaneously cures any disease or injury. You read that correctly. The MacGuffin in this science fiction film…is a magical healing bed that grants immortality.

That’s it, folks. That’s when I checked out of this movie. Because if you’re the person who is withholding the magical healing bed from the rest of the world, you are evil, you are irredeemable, and you are utterly boring. Saddling strong performers like Jodie Foster and William Fichtner with such one-note villainy feels like a waste, despite both of their passable performances. And the less said about Sharlto Copley the better. He plays a neat (if slightly incomprehensible) psychopath, but he feels like a bearded retread of David James‘ psychopathic soldier from District 9. He likes killing, he’s good at it, and he’s in gleeful service of a corrupt regime. If the regime itself had been a bit more believable, I might have enjoyed this performance a lot more. Copley is clearly having a good deal of fun with it.

Elysium should have worked as a concept. There was much about this world that made me intrigued, made me curious… I wanted to know more about how the government of this place operated. I wanted to know more about its relationship with Earth. The platform clearly possesses either the military might or political capital to exert force on the planet below (at one time locking down the airspace of Los Angeles through sheer force of will). There is enough implied substance here that the film could easily have built out that relationship further, peppering in the small details that would have made it a credible world. Science fiction (or at least its marketing) used to be about making the audience “believe” something. You’ll believe a man can fly. You’ll believe a spaceship can fly to Mars. As a film intended to make me believe in an orbital platform for the super-rich, the film was a total failure. All it really made me believe in was a world broken so badly that the film’s pretense of a happy ending provoked nothing but a mirthless chuckle.