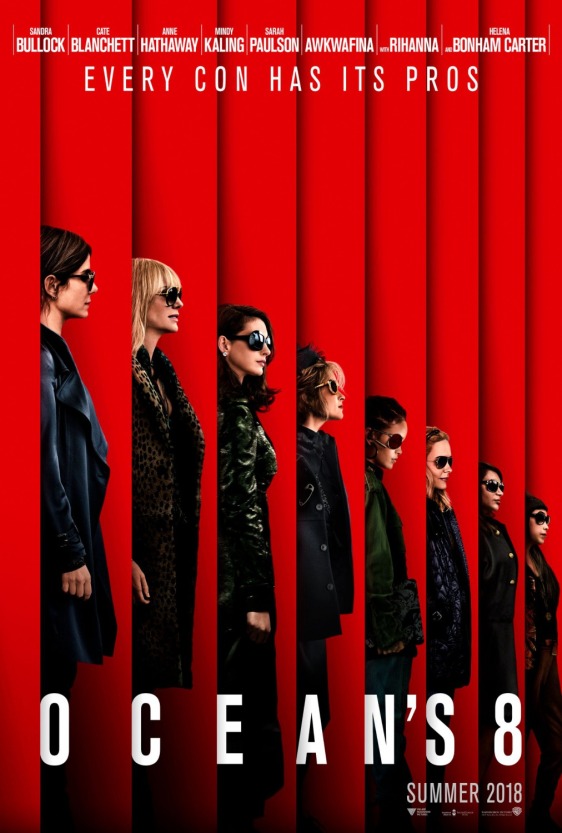 In this week’s podcast, Glenn and Daniel are back at the 44th Seattle International Film Festival to check out Pig, an Iranian farce from Mani Haghighi that lives up its trailer’s promise of being “Iran like you’ve never seen it before”. Do not miss this. Then they head to the multiplex to see whether Sandra Bullock and crew can pull off a slick heist film with Ocean’s 8, and proceed to disagree over whether or not that’s a good thing (48:21). 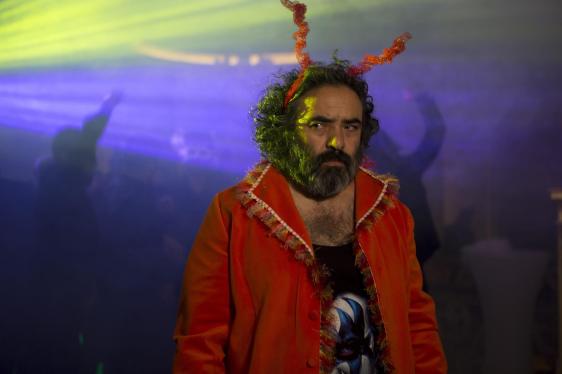 Listen above, or download: Pig, Ocean’s 8 (right-click, save as, or click/tap to play on a non-flash browser) 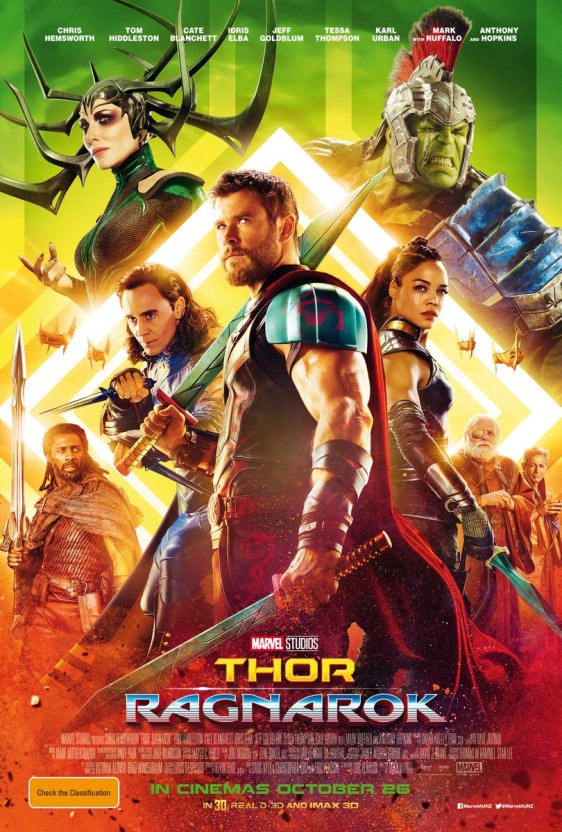 In this week’s podcast, Glenn and Daniel return to the final space-jaunt before Avengers: Infinity War, celebrate an awesome new character who’s also a failure of LGBTQ representation, and ponder what makes “essential Marvel” (43:22).

Listen above, or download: Thor: Ragnarok (right-click, save as, or click/tap to play on a non-flash browser) 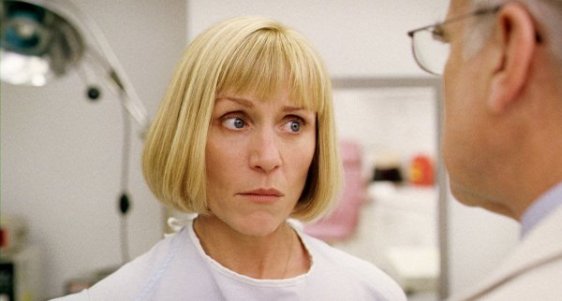 A fun and fluffy performance in a fun and fluffy movie. This film has no grand statement to make (the last scene all but confirms this), but the actors and filmmakers clearly had a great time making it. Litzke may turn over-the-top and cartoonish about halfway through the film, but McDormand completely sells it. 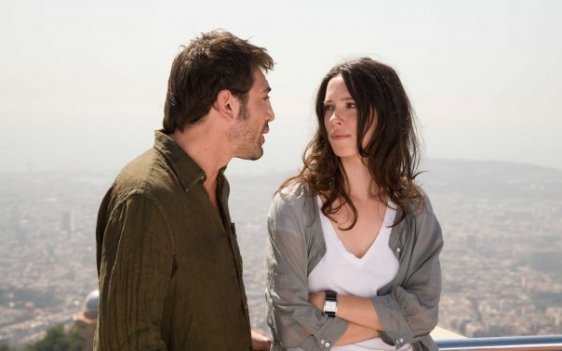 Rebecca Hall first got on my radar from a delightful British comedy called Starter for 10, and this film is her strongest performance yet. It never fails to impress me when an actor manages to emote convincingly and fake an accent. Vicky, the down-to-earth American girl, is, by a slim margin, the more sympathetic character, and she could not have been given a more nuanced, emotional performance.

#3: Lina Leandersson – Eli, Let the Right One In 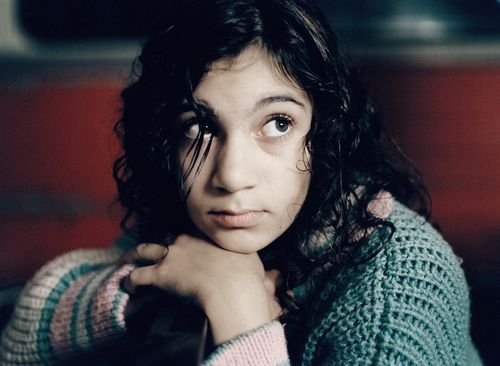 Boy meets girl, girl turns out to be a vampire. This Swedish pre-adolescent romance and coming-of-age tale was easily one of the best and most effectively creepy films of 2008, and Leandersson’s understated performance is the strongest of the film. If you have any desire whatsoever to see a vampire film this year, stay far, far away from Twilight, and see this film instead. 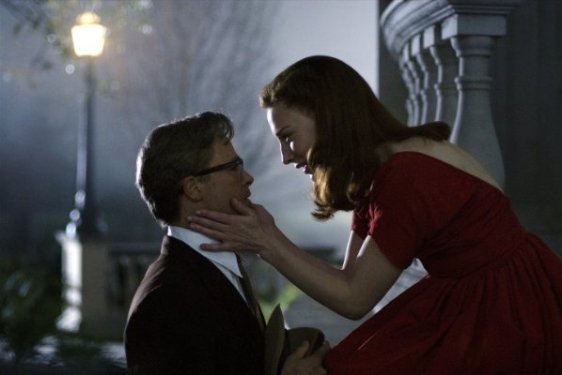 I hate to digress, but it must be said… Cate Blanchett is just gorgeous in this film. And the sheer range of ages that they manage to convincingly make her convey is a testament to the makeup and digital artists that made this film happen. That said, Daisy is far more than a mere technical feat… She is the emotional center of this film, and despite Brad Pitt’s genuinely good turn as a hollowly written character, it is Blanchett that makes the film’s central romance seem believable. Daisy is a breathtaking testament to life in an otherwise bleak and lifeless film. 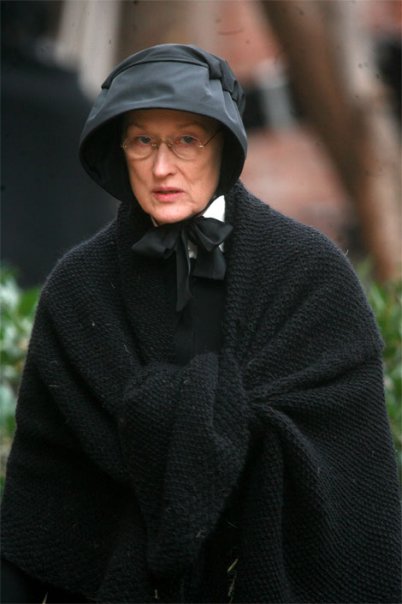 I once heard someone call Meryl Streep “the female Al Pacino”, who had made her recent career through over-the-top roles in films like The Devil Wears Prada, Mamma Mia!, and Adaptation. This film has proven that Streep still knows how to give a brilliant performance of a more realistic character. The four central performances are essential to this film’s effectiveness, and Streep’s is easily the strongest. She never wavers in her certainty of Father Flynn’s guilt, and her unforgettable scene with Viola Davis adeptly conveys this (see Part 2: Best Supporting Actresses). The final confrontation between the two leads is well worth the wait, and Streep’s pained delivery of the final line of the film will leave you haunted as you wonder what you really believe about what has taken place.