Let it never be said that I hold a mean grudge… I hated virtually everything about this film, including the character of Blue Jones, but this will be one of the few awards where I enforce the nebulous distinction between “the best” and “my favorite” (David Chen posted a great discussion with IFC’s Matt Singer on this topic). Every moment of screen time with villainous burlesque magnate (or possibly psych ward attendant) Blue Jones made me physically uncomfortable. All of the male characters in this film are deplorable predators, but Isaac’s performance brought this one to life in a disturbingly memorable way. Every one of his line readings made my skin crawl, and that is certainly what the villain of such an overwhelmingly fetishistic comic farce needed. I would sooner rewatch Peter Jackson’s The Lovely Bones than ever revisit this performance, but it was undeniably one of the best of the year. 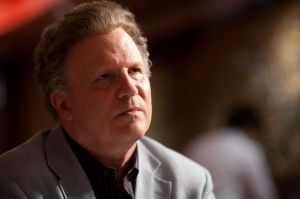 Now that’s more like it – here’s a villainous performance I would gladly revisit. Albert Brooks demonstrates an alarming vicious streak in this film, which would be brilliant even if I didn’t know him primarily as a comic actor. 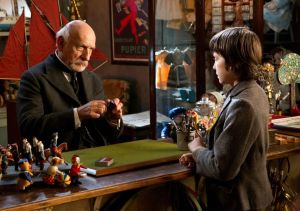 There is a solid ensemble cast at work in Hugo, but Ben Kingsley certainly does the heavy lifting. Insofar as this film is primarily about the burden of a forgotten artist, Kingsley manages to elevate even the more cookie-cutter moments surrounding the revelation of his true identity. From my review:

Kingsley’s performance is marvelous, delivering just the right blend of sadness and intrigue. This is a bitter and ancient soul, but his bitterness is richly layered enough to suggest that it is the product of having lived too much rather than too little. This is a man who had everything and lost it; not a man who regrets what he failed to achieve.

This is basically an actor’s dream role, getting to simultaneously ham it up as a beloved cinematic mainstay, and portray him in his prime as a director. If I were a bit more cynical, I might think that Branagh was exorcising some of his own directorial frustration into this performance, but watching him butt heads with Michelle Williams is entertaining regardless of its source. While Olivier’s relationship with Marilyn Monroe is actually one of the less developed aspects of the film, Branagh plays up Olivier’s confrontationalism and dismay to brilliant comedic effect.

Beginners failed to crack my Top 10 for one simple reason… It wasn’t primarily about Hal Fields. Writer/director Mike Mills based this film loosely on the story of his own father coming out as gay following the death of his wife, and just a few years before his own death, and Plummer’s performance succeeds because he treats a genuinely fascinating character with an overwhelming degree of affection. His chemistry with Ewan McGregor (who plays his son, the Mike Mills surrogate) is stellar, and helps to elevate the less interesting material that McGregor has to work with. Even as the film gets just a little bit bogged down in its own quirkiness, Plummer remains the heart of it, portraying an old man who is exploring his new life with all the fervor and enthusiasm of a much younger man. His portrayal feels entirely authentic, and derives all of its comic effect from the character’s inherent sweetness and earnestness. 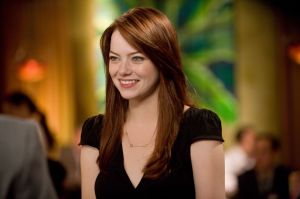 Crazy, Stupid, Love. was a surprisingly enjoyable film, taking a fairly conventional romantic comedy premise and amping it up with a masterful sense of humor and charm. And one of the biggest charmers was surely Emma Stone, who is quickly becoming one of my favorite comic actresses (she also had an amusing minor role in Friends With Benefits this year). She plays nicely with co-star Ryan Gosling (who just barely missed out on my list above) both in terms of chemistry and comedic timing, and manages to shine despite her limited screentime.

Chloe Moretz’s reading of this line clinched this as one of my favorite performances of the year. Moretz brought such a sense of joy and adventure to the character that she managed to set herself apart from similarly bookish heroines (such as Hermione Granger) without crossing the well-trod line of irritation that such characters often stumble into. She is, to a large extent, the heart of this film, lighting up the screen with enthusiasm in her every scene, and making an excellent foil for Asa Butterfield and Ben Kingsley’s more somber and subdued roles.

This film didn’t work as a whole for me, but if there’s one thing that both Foster and co-star Mel Gibson demonstrate, it’s that they understand depression and self-destruction. And this understanding comes through despite the film’s darkly comedic (and frankly absurd) premise of a man talking exclusively through a Cockney-voiced beaver puppet. Gibson’s performance is agonizing to behold, but is made doubly so by how credibly Foster plays his steadfast and equally tormented spouse. Meredith clearly still cares for Walter, even as he makes it harder and harder for her to interact with him in any meaningful way – a theme that plays out marvelously in the restaurant scene pictured above, which was a tour de force for Foster in both acting and direction. 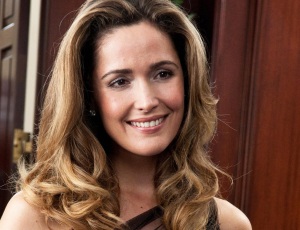 This was a film chock full of memorable and fully realized characters, but none quite so effective as Rose Byrne’s villainous would-be maid-of-honor, Helen Harris. Byrne plays up the various conflicts between Helen’s wealth, insecurity, and inherently scheming nature, leading to one of the film’s most memorable confrontations in which (I’ll be vague here) she offers Kristen Wiig a friendly snack. It’s all smiles, and yet both actresses play up the tension brilliantly – a dynamic that persists throughout the film. This villain is the antithesis of Oscar Isaac above – an absolute delight in every scene, and a performance I will happily revisit. 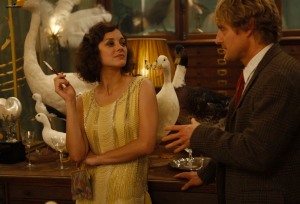 I had to excise the word “irresistible” from my description of Emma Stone above, lest I squander it in advance of my favorite performance of the year. Marion Cotillard plays Adriana, and without being too specific, let’s just say she has an active social life, chock full of fascinating suitors. Cotillard could have played this character simply as an object of desire, but her charm and vivaciousness are merely the initial layer of a delightfully rich characterization. While this allure nearly puts her out of the league of Owen Wilson’s “Aw shucks” demeanor, as the film goes on, the two characters complement each other nicely, and Adriana’s various interests play well into the film’s exploration of the dangers of nostalgia. While the film itself is a love letter to Paris, Cotillard’s performance seems to encapsulate all of the romance and intrigue that the city itself has to offer. And both the city and the lady are irresistible. 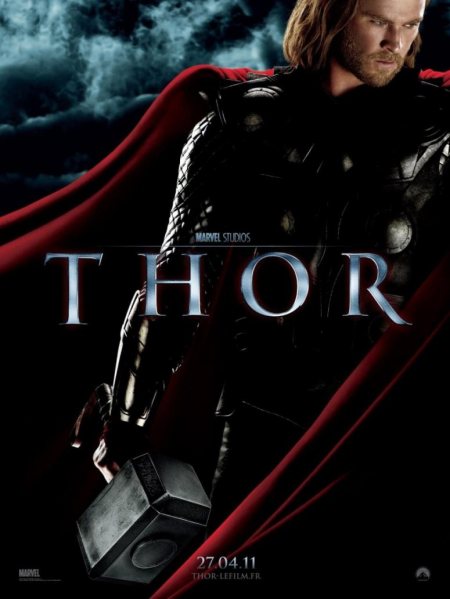 This week, Nick returns to throw down the gauntlet and help Glenn review Kenneth Branagh’s Thor, the latest entry in the Avengers saga. Will it be a worthy standalone film, or merely a S.H.I.E.L.D.-infused trailer for what’s to come? Listen below to find out [may will contain some NSFW language] (24:21).

Listen above, or download: Thor Part 1, Part 2 (right-click, save as).