#5: Annette Bening – Nic, The Kids Are All Right 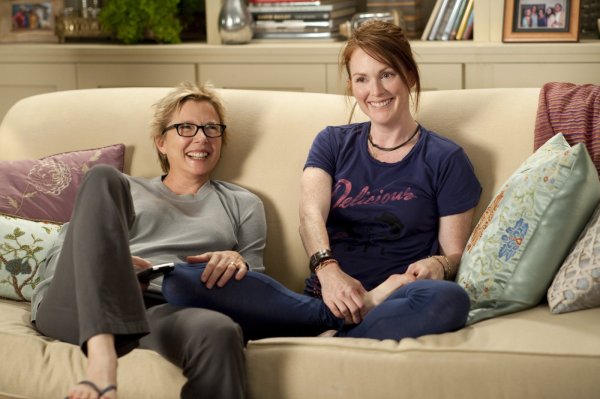 This film didn’t quite do it for me, and reminded me that I sometimes have to catch myself from thinking that the best performances of the year will invariably fall within the best films. But while Lisa Cholodenko’s sex comedy/family drama was not without its flaws (particularly in the second half), Annette Bening’s performance as the conservative “patriarch” of this surprisingly* conventional family was immaculate. She completely sold her ever-changing reactions to the introduction of her kids’ birth-father (Mark Ruffalo), treating him first like a looming threat to her primacy, then laughing and drinking wine with him and the family. This is a completely authentic character, and Bening’s delivery of dramatic outbursts and comedic barbs alike was spot-on. Her chemistry with Julianne Moore felt mostly believable – it had a kind of comfort and ease, just like an old married couple.

She also completely nails the best two lines in the film, which I won’t spoil here.

*By the standards of quirky indie film, that is.

I’ve seen Carey Mulligan play cheerful, but I’ve seen her play somber much more frequently. While I may eventually reach a point of wanting to see a wider range from this actress, I found every dour moment of her screentime in Mark Romanek’s Never Let Me Go to be completely compelling. This film relied heavily on tone, and Mulligan’s performance and chemistry with her fellow leads (Keira Knightley in particular) helped maintain the film’s bleak and somber atmosphere without ever letting the audience lose emotional touch with the characters. These are wretched and pitiable creatures, and it is Mulligan’s heart and compassion that keeps the audience caring for them right to the end. 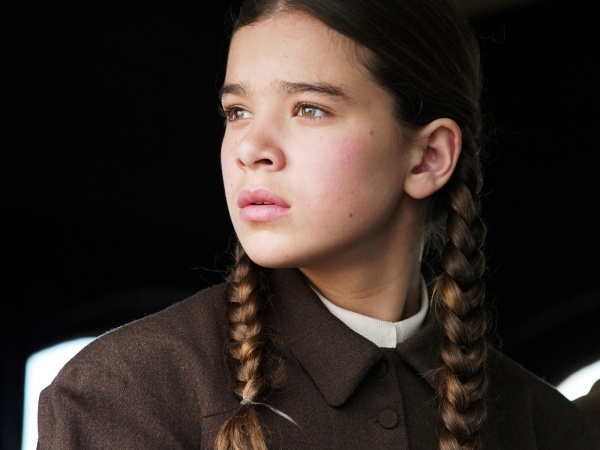 An early scene in True Grit features Mattie Ross in hardball negotiations with a stable owner over her late father’s horses. Her unrelenting performance amid rapid-fire dialogue in this scene would have been enough to get 13-year-old newcomer Hailee Steinfeld a supporting nod from me, but the Academy be damned – this is unquestionably a lead performance. Steinfeld is in every scene of True Grit, and the film could not have succeeded without such a mature and charismatic take on this character. Mattie Ross is articulate, intimidating, and a bit of a gadfly, and has to keep up with powerful characters three times her age without ever overstaying her welcome with the audience. It’s a tall order, but Steinfeld completely pulls it off. Her rapport with Jeff Bridges was admirable, treading some fascinating ground between road-trip comedy and an intense father-daughter bond. This film is a delight, and it owes much of its appeal to Steinfeld. 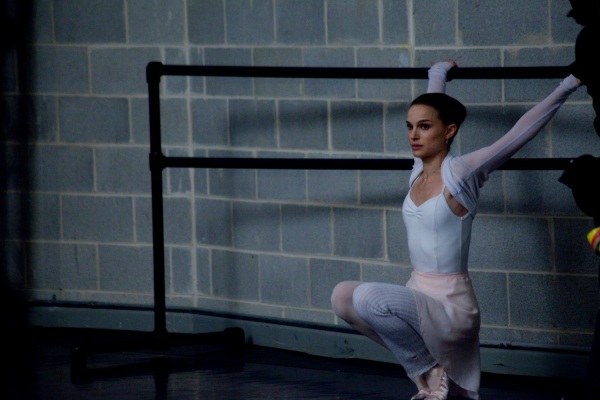 The effectiveness of Nina Sayers is in both her initial state- the pure and fragile “sweet girl”- and her incredible mental and physical transformation. Natalie Portman not only sold both aspects of the character, but fearlessly committed to all the pain and revulsion – bordering on body horror – that she must experience. Portman’s chemistry and frightful interactions with her fellow players (Barbara Hershey in particular) become increasingly fascinating as Nina descends into full-blown schizophrenic madness. Along with Aronofsky’s direction, this was a performance that would make or break the film, occasionally even compensating for deficits in the screenwriting.

“I’M the Swan Queen!” screams Nina as she embarks on the film’s final performance. And indeed she is. Embodying both the white and black swans, Portman’s performance is complete and unmatched. 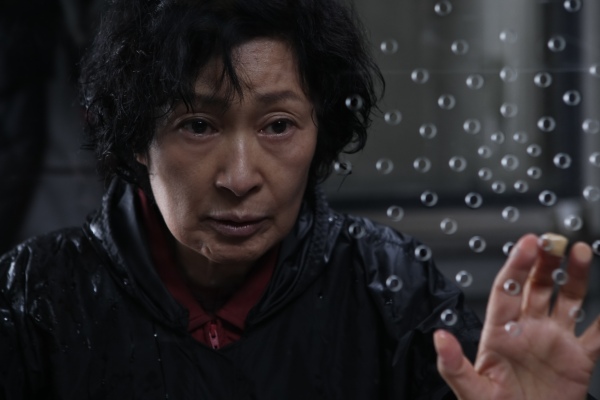 It is a rare movie tagline that so adequately captures the tone of a film. For Bong Joon-Ho’s Mother, it was this: “She’ll stop at nothing.” Simple and straight to the point. Kim Hye-ja, an actress primarily from Korean television, gives a tour de force performance as the unnamed titular matriarch. Every one of her character beats rang completely true, from her constant worry about her mentally disabled adult son (Won Bin) to her utter desperation to clear his name for murder. She goes to some alarming lengths as the film goes on, and Kim’s performance completely sold each one of her increasingly heartbreaking decisions. The gorgeous opening scene features Kim breaking into an uneasy dance in the middle of the field, with a very pained expression in her face and body language. The full meaning of this scene becomes apparent later in the film, but from the outset, it is clear that Kim Hye-Ja can convey a great deal of emotion in completely unspoken terms. This is a character that the audience wants the best for at all times, no matter what she becomes.

Click here to see the rest of the 2010 Glennies.