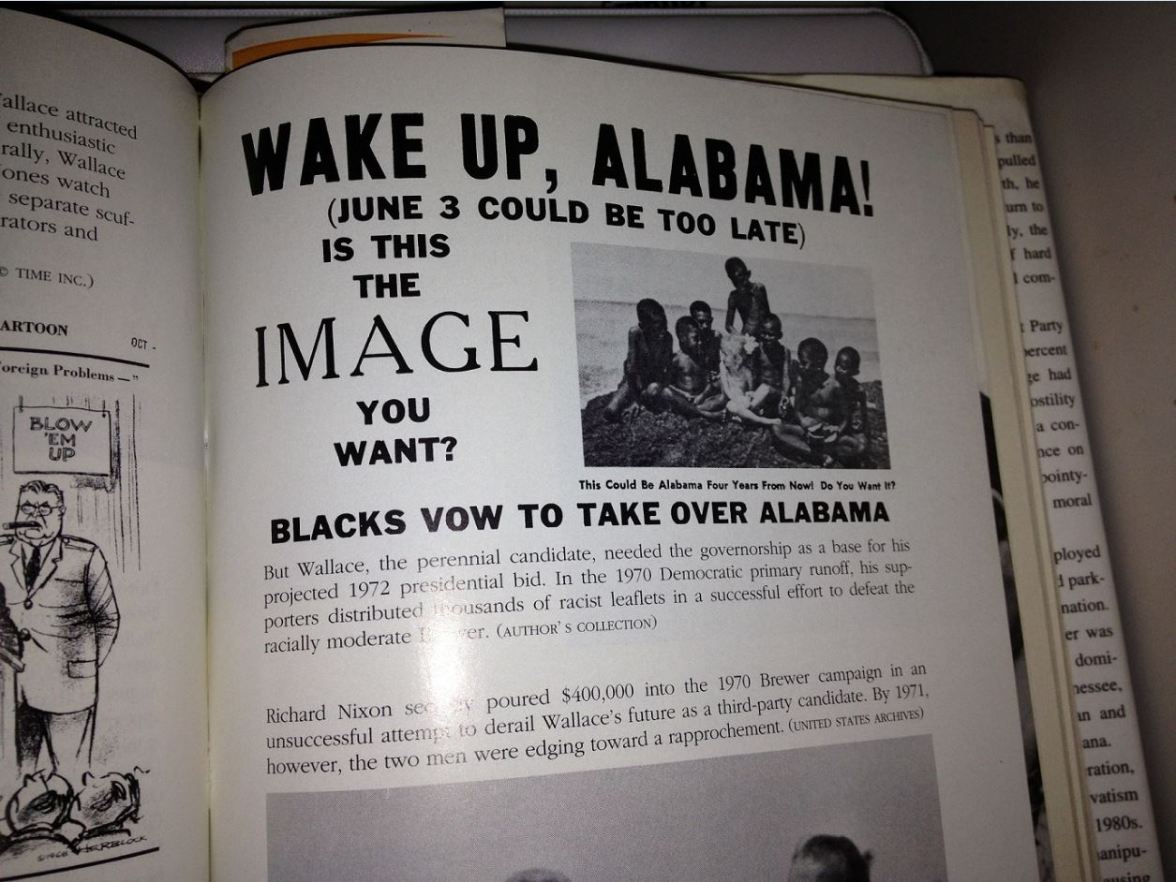 This is an example of a racist ad that was posted by George Wallace’s supporters during his 1970 campaign for Governor of Alabama – it features an image of seven black children surrounding a white child in a bathing suit on a beach, with the caption, “Wake Up Alabama – Is this the image you want? Blacks vow to take over Alabama.”

Former President Jimmy Carter referred to this campaign as one of the most racist campaigns in modern southern political history”. Included for historical reference in our “Selma” episode of the FilmWonk Podcast.